What have you learned about life? 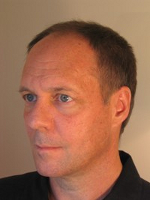 Bob and Carol Crawford lived four houses down from us, on East Circle Drive, in Jefferson City, Missouri.  Right in the middle of their tiny trimmed yard was the white-brick house, so heavily paneled and carpeted inside that, sitting there one summer afternoon, I felt like I’d been plunked into a Kleenex box.  But when Mr. Crawford—Bob—leaned over to slip me a new half-dollar, silver as a tooth, I knew I was destined to play music for the rest of my life.  It was 1966.  I had lugged my plum-red Gibson Melody Maker guitar and my amp, the size of a boot box, down to Crawford’s for my first professional performance.  I played two songs—some scaly melody out of Mel Bay #2 or #3 and “Wildwood Flower” (or “The Groovy Grubworm,” as one guitar book called it).  I no longer own the amp or guitar, but I still have that coin. END_OF_DOCUMENT_TOKEN_TO_BE_REPLACED