How can you become a better learner? 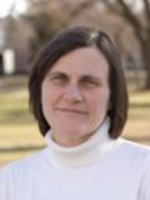 I decided that as I sat in on a colleague’s computer-science course during the beginning of this, my last, semester in the classroom. I am moving into administration full time, and I figured that this was my last chance to learn some of the cool new digital-humanities stuff I’ve been reading about. What eventually drove me out of the class (which I was enjoying tremendously) was the time commitment: The work of coding, I discovered, was an endless round of failure, failure, failure before eventual success. Computer-science students are used to failing. They do it all the time. It’s built into the process, and they take it in stride.

My computer-science colleague guest-lectured in my class on approaches to literature and culture, showing my students all the different programs he uses to work with texts, to mine them for the interesting information that Franco Moretti’s “distant reading” can reveal. He told them that for every hundred experiments he tries with texts, perhaps one yields information worth following up. One.

Humanities students are not used to failure. They want to get it right the first time. When they are new to the game, they want to get good grades on what are essentially first drafts. Once they learn how much work it is to write and edit a really good essay, their goals shift—from getting A’s on papers written the night before to getting A’s and making the difficult process look effortless. Because it’s embarrassing to have to admit that you had to throw away two drafts before you got to your thesis. They feel silly admitting to spending three days researching a topic that just didn’t pan out. How could they have been so stupid? Surely the other English majors found their topics right away and then turned out beautifully coherent papers.

A few years ago, I supervised an honors-thesis student who had earned A’s in every English course (and most other courses she took, too). Every paper she had turned in for an English class had received an A. But theses don’t work that way. You have to turn in drafts, you have to thrash out what works—and what doesn’t work—with your adviser. You go off in one direction and discover it doesn’t work; you plan for four chapters and learn that you’ll only be able to do three; you hope for one argument to organize it all and realize eventually that some of it just doesn’t fit.

In the end, the student produced a brilliant thesis that could have served as the core of a great graduate project but that had, as all excellent undergrad theses must, some rough edges. Some points not fully fleshed out. Some contradictions not quite reconciled. Some fabulous flashes that an undergraduate just couldn’t take any further but that she knew were incomplete. If it hadn’t had those ragged edges, it would have fallen short, would have represented a student too easily satisfied.

The student’s ultimate characterization of her thesis-producing experience? It was “degrading,” she told me. That jarring judgment shook my confidence as a teacher and still makes me feel a little queasy when I remember it. It represented my own failure to teach her how to use failure productively.

I had a colleague who had a poster in his dining room with Samuel Beckett’s “Ever tried. Ever failed. No matter. Try again. Fail again. Fail better.” We may tell ourselves that, but we don’t tell our students. Maybe we should post it in our classrooms, not our dining rooms.

Over the years I have pushed against my students’ fear of failure in minor ways. When I taught first-year writing, I developed a grading rubric that allowed me to give students low grades in some categories and high grades in others, blinding them with numbers so they couldn’t figure out a letter grade and would, instead, focus on the categories that needed improving. That worked for general-education students, but English majors aren’t so easily distracted. They want their good grades, and they want them to be clear.

I’m in the humanities myself, of course, and their fear has been mine. Frustration when I hit research dead-ends, annoyance with myself when I can’t make a thesis work on the first run-through of an essay. Loss of confidence when someone picks holes in my presentation at a conference. No one teaches us the value of failure when we’re in graduate school. We are encouraged to write multiple drafts, to make good use of readers’ reports, to improve our work. But that’s not the same thing as learning from our failures.

Perhaps of all the humanities, the creative arts come closest to valuing failure. Poets and painters don’t expect to get it right the first time. That’s the idea of workshopping as a pedagogy, right? Still, there’s a real difference. I’d be willing to bet that most creative writers bring a piece of work into a workshop secretly hoping it’s a success. Sure, they know they need help on aspects of their story or poem, but that’s not the same as failing.

That’s what we should be teaching humanities students—to look at what went wrong and figure out how to learn from it. OK, that didn’t work. But my next try isn’t then going to be a complete ground-zero beginning. I’ll be starting with the knowledge that my last try didn’t work. Maybe it worked up to a particular point, and I can start over from there. Maybe it didn’t work because I took on too much, so now I will start smaller. Maybe it can’t work at all, and I need a new text from which to begin—a text in a different genre or a text in combination with something else.

Teaching teaches us to learn from failure, certainly. No course is 100-percent effective for 100-percent of our students, and we tweak the syllabus, the assignments, the policies every semester, trying to get closer to perfect. But that’s an important difference between computer science and the humanities. When a program runs and produces a good result, it’s perfect. It’s awfully hard to define success the same way in the humanities. What we do, teaching or writing, can always be better. The program will never simply run.

I’m trying to think about these differences as I move into higher-education administration. I hope I will be the kind of administrator who is not afraid to take chances for fear of failure. At the same time, I’ll have to be more cautious, as an administrator’s failures affect many more people than those of an individual researcher or teacher. I just hope that in the new job, I’ll have colleagues who will be able to teach me as my computer scientist has, and who will bear with me as I move from teaching into an area that will bring a whole new set of possibilities for failure into my life.

Paula M. Krebs is a professor of English and special assistant to the president at Wheaton College, in Massachusetts. In June she will become dean of the College of Humanities and Social Sciences at Bridgewater State University.

This essay was originally published in The Chronicle of Higher Education, May 6, 2012.

One thought on “Next Time, Fail Better”