Is graduate school worth it?

by Amanda Seligman (U Wisconsin, Milwaukee) 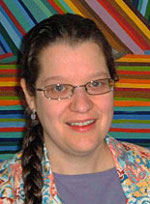 I had just completed my first-day-of-class warning exercise, which I disguise as a form of acculturation. In a room full of history majors, there are always some students who think that they want to go to graduate school and become professors. Like many of my colleagues in the humanities, I am mindful of the impossibly crowded academic job market, which leaves all too many excellent scholars underemployed as adjuncts, working in jobs unrelated to their training, and so disillusioned and embittered that they denounce higher education to all listeners.

To prevent my own students from drifting off to a doctoral program without understanding what they are getting themselves into, I always take an hour of my methods course to explain what is involved in getting an M.A. or a Ph.D. and becoming a professor. I drop hardbound copies of doctoral theses on the table; talk about the ordeal of the preliminary exam; explain the differences among teaching assistants, adjunct instructors, and tenure-track faculty members; and pull no punches describing the tenure-track market. I was trying to scare Andrew, and the rest of the class.

Yet just a few months later, I wrote a note to another of my students, “Peter,” whose written assignments and class participation had been consistently impressive, and encouraged him to go to graduate school.

How can it be responsible pedagogy to terrify some students away from graduate education and encourage others toward it?

In the humanities, professors’ attitudes about budding academics tend toward one of two poles. Faculty members who see themselves as survivors of a capricious search process often tell students, “Just don’t go.” They hand students printouts of Thomas H. Benton’s 2003 essay “So You Want to Go to Grad School?,” which helps them make the point that no one in their right mind gets a Ph.D. in the humanities nowadays. Other faculty members—whose commitment to the joys of academic inquiry comes without regard for the marketability of a degree—continue to steer at least their best students toward graduate programs.

American graduate programs in the humanities exhibit a similar set of contradictions. Recently a few programs have begun to refuse all comers: the University of Michigan’s history department did not accept applications to begin study in the fall of 2012, citing the arrival of too many doctoral students in the previous cohort. Penn State has decided to refuse students in my own hopelessly overcrowded field of 20th-century U.S. history, as well as modern European and medieval history.

Yet the University of Colorado at Boulder just reopened its doctoral program in German studies (limiting admission to two to four new Ph.D. students a year). And relatively new Ph.D. programs (like the one I teach in at the University of Wisconsin at Milwaukee) continue to try to increase the quality of the applicant pool, if not the size of the student body.

Both positions make sense to me, and so I push students in what seem to be divergent directions. Knowing how easily I could have ended up locked out of the academy, I count myself lucky every day to be making a career as a historian. While I believe that students need to be clear-eyed about their prospects, I also won’t deny, in talking with them about my profession, that I treasure my work, and especially the opportunity to pursue new ideas.

In doing the research for a new book on graduate education, I found myself repeatedly drawn to this observation from the mathematician Edward Nelson: “Only the joy of making love surpasses the joy of doing mathematics, with skiing a distant third.” I believe that depriving those who need deep academic inquiry of its pleasures is as cruel as cutting humans off from food and sex. Some people need the chance to explore the intellectual world. To thrive in the future, the United States must retain its commitment to pure scholarly innovation.

So I have worked out a method of talking with students that admits both terror and encouragement as legitimate pedagogical tactics.

On the one hand, I do give speeches like the one that terrified Andrew. Students who can imagine productive and satisfying nonacademic careers should be pushed out into the “real world.” Students who are ambivalent about academic life should find something else to do. We should push them out gently and with love, though, for every student who leaves academe without bitterness can serve as an ambassador for the value of our disciplines. It is crucial to usher them out pre-emptively, before they have invested years in pursuit of a degree and a dream they cannot count on. They should leave before a sour taste taints their every utterance about graduate education. As a corollary, we should give even our most promising graduate students permission to drop out when they decide that the trade-offs of scholarly careers threaten the balance their own lives.

On the other hand, the humanities still needs some students in the pipeline to sustain the vibrancy of our fields. Students who possess a drive to know that can be satisfied only with sustained periods of study should continue to have the opportunity to immerse themselves in academic life, at least for a while. But I always tell such students that they ought to value their advanced educations for the joy of the learning itself, not for the promise of an academic job when they come out the other side.

One of my graduate-school classmates encapsulated that idea when he remarked that no matter what happened to him on the job market, he felt personally enriched by his education in a way that no professional rejection could devalue. In order to prepare themselves for an uncertain future, students also need to maintain their extracurricular interests, especially those that help them cultivate a Plan B.

Graduate programs in the 21st century should take a similar responsible route of encouraging realism without disowning the intrinsic joys of research and writing:

But it also means letting Peter know that there is still an opportunity for him to spend at least a few years in pursuit of ideas that he cannot find anywhere else: inside his own head, but also in conversation with the broader scholarly community.

Amanda I. Seligman is an associate professor of history at the University of Wisconsin at Milwaukee. She is the author of a book out this year, “Is Graduate School Really for You: The Whos, Whats, Hows, and Whys of Pursuing a Master’s or Ph.D.” (The Johns Hopkins University Press).

This essay was originally published in The Chronicle of Higher Education, September 10, 2012.

2 thoughts on “Encourage, but Terrify”